When Hamish Hartlett took to the field in Round 7 last year, he wore a white arm band in memory of anti-family violence campaigner, Karen Belej.

As Port Adelaide prepares to honour the contributions of women this weekend, Hartlett says community attitudes towards domestic violence and gender inequality have not changed enough, a year on from Karen’s death. 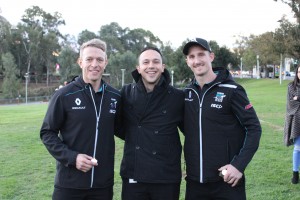 On average at least one woman a week is killed by a partner or former partner in Australia.

“Another year goes by and it’s another opportunity for us to pay our respects to people who have been lost in these circumstances but also raise awareness that these things are happening far too regularly,’’ Hartlett said last night at a candlelit tribute in Elder Park for victims of domestic and Aboriginal family violence.

“Any male, in particular, who treats their supposed loved ones like this is quite pathetic and cowardly, to be honest.

“There’s nothing tough or cool about it. It’s disgusting behaviour. And the more men that realise this the better.’’

In his role as a Power to End Violence Against Women program ambassador, Hartlett visits schools to speak to male students about respectful relationships with women.

“I think raising the issue with them is quite confronting to start with but it also gets them thinking… which is what we want them to do,’’ he said.

The PEVAW program is a joint partnership between Centacare and Port Adelaide and teaches Year 10 students about respect, trust, the dangers of abusive behaviour and gender equality.

“Recognising the importance of the shared contributions of males and females within our club is extremely important to us, particularly with our focus on the prevention of violence against women and the important role women play within our club and the community,’’ said Ross Wait, General Manager, Power Community Ltd.

“The statistics are alarming and are a key motivator for our players to be taking a lead role in having conversations with young men about respectful relationships.

“The influence that players such as Boak, Wines, Hartlett, White, Pittard and Westhoff can have though their involvement in the program is immense, and we believe can contribute to a change in mindset of these young people.’’

Held annually, the vigil at The Rotunda last night was coordinated by the Domestic Violence Coalition of SA. Similar events were held around the nation. 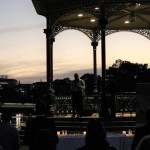 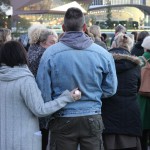 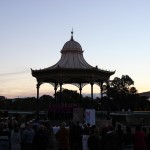 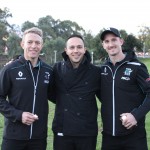 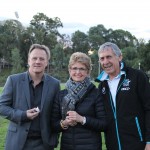 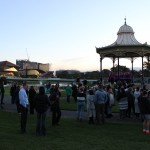 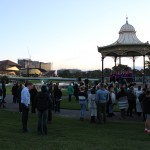 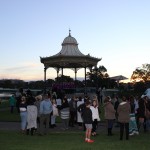