“We have enormous respect for the contributions Aboriginal people make to our community. We support any opportunity to celebrate our heritage and demonstrate our commitment to cultural diversity.’’

Centacare is proudly supporting the inaugural Riverland NO:RI Music Festival which will bring together some of the nation’s most prominent and emerging Aboriginal artists in memory of Ruby Hunter. 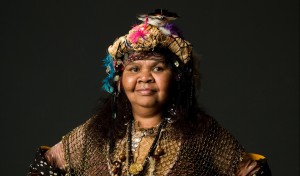 The first Aboriginal woman to be signed to a major record label, Ruby empowered people through music. She dreamed of creating a platform to help foster the talent of other singer-songwriters and showcase their tradition and culture to the wider community.

Ruby’s life-long partner, Archie Roach – one of Australia’s most loved and revered musicians – will perform at the one-day festival at the Bonney Theatre, Barmera, on October 2.

Joining Archie will be:

The festival will be a celebration of Ruby’s life and her love of performing.

With Archie, Ruby took her music around the world and sung alongside greats Tracy Chapman, Paul Kelly and Bob Dylan. Together they inspired a new generation of Aboriginal artists and were a powerful voice for the Stolen Generations.

To buy tickets to the event, visit the Riverland NO:RI Music Festival website

To hear Ruby sing, watch this video created by her grandson, Wesley Brigham.

“This festival is a tribute to Ruby and a celebration of our culture. Thank you for supporting the event and bringing Ruby’s vision to life.”