At Centacare, we are mindful this may act as a trigger for vulnerable young people living with, or at risk of, an eating disorder.

However, we acknowledge it also may reduce stigma and raise awareness of eating disorders, and the importance of seeking help.

Our friends at headspace and the Butterfly Foundation have issued some useful resources to support people who may find the film’s content distressing, and for parents who are concerned about their children. 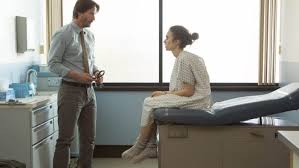 Through our peer workers who have a lived experience of eating disorders, we offer one-on-one, group and referral support.

PACE Manager Nigel Wyatt is encouraging parents to engage in conversation with young people around the film which follows the journey of a 20-year-old woman living with anorexia.

To The Bone is based on writer and director Marti Noxon’s personal struggle with eating disorders.

Noxon has said she hopes the film will start conversation around an issue that is too often clouded by secrecy and misconception.

“One way or another, it is going to bring to the forefront of people’s thinking a significant and very dangerous issue,’’ PACE Manager Nigel Wyatt said.

“We hope it will help to reduce stigma and promote an attitude of seeking help but are mindful people living with an eating disorder may struggle to view the content objectively.

“Eating disorders are quite often incredibly competitive illnesses and comparison to others can be a problem.

“We encourage people and families living with some of the complexities raised in the film to seek support.’’

For more information about the services we offer to support people living with an eating disorder, please phone our PACE team on 8159 1400.