Speaking at a morning tea today, Assistant Director Pauline Connelly said we could all play a role in early intervention – just by looking out for one another.

“We tend to leave a lot to the Government and blame them a lot for things, but ask yourself: `What am I doing as an individual to actually see who lives in my street? How is my neighbour going? How am I contributing to my child’s school?

“I think we need to go back and look at ourselves as a community and take responsibility for that so we are not leaving it to just a few.’’

Department for Child Protection representative Clare Simmons, who has worked in the sector for more than 20 years, said disconnection from relatives, friends and culture exacerbated everyday challenges for new parents and families.

“I think getting people better connected as a community is really important,’’ Clare said during a panel discussion on child safety.

“Much of the community doesn’t understand the extent of vulnerability that’s out there, and react quite harshly to it in a very blaming way. That blame is incredibly unhelpful.

“Some of the strongest families I have every worked with in my career are the families who acknowledge they don’t have capacity to safely look after their children, and who look us in the eye and say `I can’t do this.’

“Sometimes the best outcome is helping people realise they just don’t have capacity but, also for us, identifying the families who do and putting in some real supports, training and therapy into those families.

“At a partnership level, the DCP can’t operate alone. We are at the pointy end where we should be focussed, but if we don’t have partnerships in all spaces … we won’t be able to make a change. That’s the reality.’’

“I think those organisations that have been a bit slow are finally waking up, but there’s a number out there who simply still don’t get it,’’ he said.

“As parents, ask questions of the organisations your young people are involved in. Ask them what they are doing. It’s not an option: they are required to meet certain standards.’’

National Child Protection Week (September 3-9) is held annually to remind everyone we all have a part to play in protecting children, and that small actions can lead to big improvements in a child’s life. 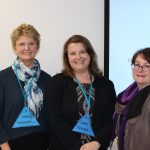 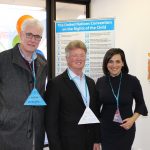