When did your family last swap computer screens for board games?

Monopoly and other classics can be a game-changer for child development, says clinical psychologist Dr Donna Kite.

“I don’t think you can ever undervalue sport and games,’’ the two-time Olympian said at Centacare’s inaugural Rural and Regional Conference last week.

“Sport teaches values around winning and losing, how to set goals, manage emotions and work as a team.

“Board games are just as useful. We played Monopoly as kids. If we were losing, we had to sit there and put up with it but we learnt to manage the emotions that come with that.

“Today, you watch kids play with technology. When a game gets too hard or they get frustrated, they flick to another one. They very rarely continue on so they only learn how to get that quick gratification.’’

Donna, pictured, says the devastation of being injured in the lead-up to the 3000m heats at the 1984 Los Angeles Olympics taught her important life lessons that she has carried through her professional career.

“I ruptured a ligament in my ankle five days before my event and didn’t qualify for the final.

“I flew home to have surgery. It was pretty devastating but it taught me about resilience, bouncing back and setting goals.’’

When stress fractures forced her off the track, Donna turned to cycling and in Seoul, 1988, she became the first woman since Lily Beaurepaire in 1920 to compete in more than one sport at the Olympic Games.

“Sport taught me how to master strong emotions and work hard to achieve goals but be flexible enough to adapt them and find another path,’’ she said.

“They learn things aren’t going to go their way all the time,’’ she says.

“If you’re losing a game of netball, you can’t just walk off the court. We have to be careful we don’t lose the ability to handle disappointment.’’ 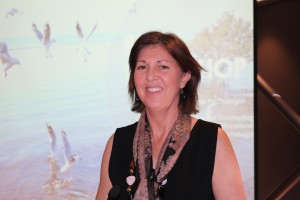