HOW many children suffer the same cruel fate as the two Australian women killed by acts of domestic violence every week?

Of all the kids lying in hospital beds with multiple fractures and other wounds, how many were put there by the person who should love and protect them the most?

Domestic violence is as much about the children in intensive care units as it is about women in shelters.

Australian Institute of Health and Welfare (AIHW) statistics show, in 2013-2014 there were 198,966 children suspected of being harmed or at risk of harm from abuse and/or neglect.

The harm types most commonly substantiated across Australia were emotional abuse and child neglect. Children who witness domestic violence are typically categorised as having experienced emotional abuse.

During the same period, children aged less than one year were most likely to be the subject of a substantiation, followed by children aged one to four years.

Yet children are being lost in the background of abhorrent acts shattering families.

While the impact of domestic violence on children in the womb and beyond is now acknowledged, greater awareness is needed that children, too, are victims. The younger a child, the more likely they are to be assaulted.

We encourage people to view family violence from the perspective of a child who is always the most vulnerable in volatile homes, at least until they are at an age they can defend themselves.

Children do not cause domestic violence. They are the second-tier victims of a perpetrator’s rage.

A child cannot be responsible for their own safety. For a baby, infant or toddler, escaping violence is impossible. They do not have the control, verbal skills or strength to stand up to those perpetrating violence; they’re trapped.

When you are someone that has a choice and your target has none, it is absolutely obvious who is in the wrong. Inflicting domestic violence is a choice, not an involuntary reaction or response to irritation or anger.

As the nation’s leaders and community service agencies act quickly to address the prevalence of violence against women, children must be pushed to the forefront of our frontline response.

It is no longer enough to picture a woman cowering from a punch. Think about the children with fractured skulls and broken bones, and those we no longer see at all.

It is a sad indictment on society that our most vulnerable are also the most at risk. 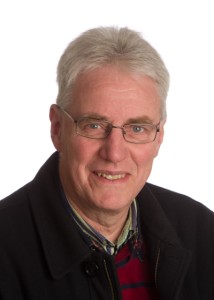