THE quest to summit Australia’s 10 highest peaks in a single day will begin at Belair tomorrow for 40 fearless mountaineers.

The team will test their endurance over 12 hours on the 54km Yurrebilla Trail, through the Adelaide Hills to Athelstone, as part of preparations for the 10-peak challenge in January.

Centacare Assistant Director Bernie Victory will lead the way, on the back of his 13th crossing of the Kokoda Track earlier this year.

“People are usually mildly impressed about Kokoda but when you say you’re about to climb the 10 highest mountains in Australia in one day, they’re incredulous,’’ he says.

Some team members will attempt 16 summits, which are all within sight of each other, starting with Mount Twynam and finishing at Rams Head, in NSW.

“It’s a tough day,’’ Bernie says. “It’s up at 3am to walk 50kms which has to be matched with some pretty good map reading.

“The actual climbing is not that difficult; some of them are just bumps you go over to get to the next peak. It’s really just about the speed and the time it takes to get from one to the other.’’

The team will spend three days scoping the tracks between each mountain.

“Part of the challenge is making sure we have the right peaks and finding the quickest way to get between them, because most of them are unmarked.

“Some of the team will choose to make their challenge to do the 16 peaks over the week but many of the 40 will be aiming to do 10 peaks in one day, and a few will do the 16 in one day.’’

“We start at Charlotte’s Pass in the dark and hit our first mountain in daylight. Then it’s walking all day and staying on top of each mountain just long enough to get the photo and check the GPS before heading off to the next one.

“Probably the worst part of it is when you get to a place called Eagles Nest. You’ve done all the mountains and you can see Thredbo below but you’ve got there too late and the ski lift is closed.

“So you have a terrible 3kms downhill, when your legs are absolutely screaming from the 45kms you’ve already done.’’

To support the team, please visit our fundraising website. 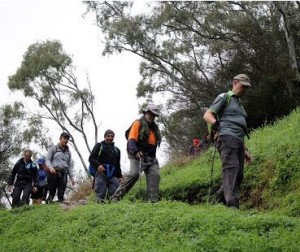 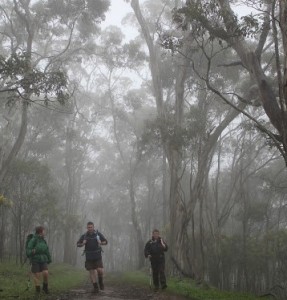