The significant war contribution of Aboriginal and Torres Strait servicemen and women was celebrated at a lunch to mark the start of NAIDOC Week (July 3-10) yesterday.

RSL SA board member Bill Denny, who co-chaired the fundraising committee for the nation’s first Aboriginal and Torres Strait Islander War Memorial, was guest speaker at the event, held at the Otherway Centre, Stepney.

Mr Denny spoke of the mutual respect and recognition of Aboriginal people who were discouraged or prohibited from enlisting, prompting them to remain silent about their cultural heritage.

He said more research was needed to identify Aboriginal people in service records.

Arthur Walker, of the Ramindjeri people, landed at Gallipoli on the first Anzac Day, April 25, 1915, and served in the 10th Battalion for the entire campaign before he was killed on the Western Front in 1916.

Speaking at the lunch, Mr Lochowiak said NAIDOC Week was a time for all Australians to come together to celebrate the achievements of Aboriginal and Torres Strait people.

Clinical psychologist Chris Connelly received the Otherway Centre’s NAIDOC Award in recognition of his work with Aboriginal communities at Port Augusta over the past 20 years.

The theme for #NAIDOC2016 is Songlines – The living narrative of our nation. 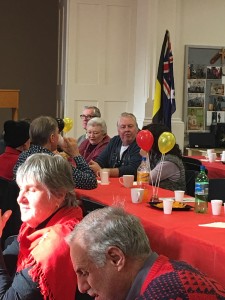 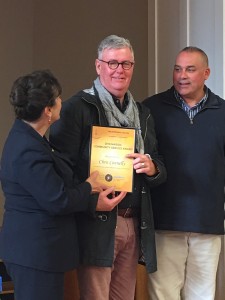 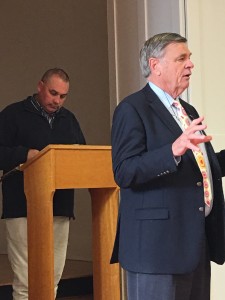