“We were taught very young that you invite every girl in your class to your party or you don’t have one,’’ Centacare’s newly-appointed Executive Manager of Support Training and Intervention Services says of her upbringing in Fredrikstad, Norway.

“Norway’s value system is very social justice-based. It’s ingrained in us that we should be kind and good to people, and try and be inclusive. 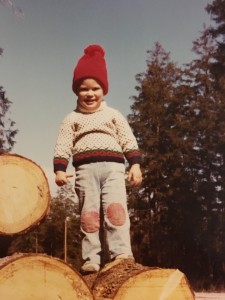 “If a new child moved into our street, we invited them into our games and our home to play.’’

Helene credits the influence of `strong women’ including her mother, a physiotherapist with `social work values’ and a neighbour who was a child protection social worker, for reinforcing these principles early in life.

She has drawn on them regularly throughout her social work career which has taken Helene to London, back to Norway and home again to her adopted country, Australia.

Her first social work placement was at the Magill Training Centre where her passion for helping young people and offenders “who hadn’t had the opportunities I had’’ took hold.

Helene’s earliest childhood memories are of outdoor adventures – in the mountains during summer and the snow in winter – with her sister, Anne-Therese.

“Even at five we would walk on our own to our friends’ houses and play. We felt really free and happy. Depending on the season, we’d go tobogganing or skiing.

“We’d cut holes in the corners of plastic bags and put our legs through to make us go super-fast down the slopes.’’

Helene arrived in South Australia in 1986 from Spain where her family moved to escape the bitterness of Norwegian winters when she was nine.

“Spain was a massive culture shock because of the level of poverty,’’ she says. “Norway is quite affluent and their social welfare system reflects that.

“I’d never seen anyone living homeless before I went to Spain. There were kids I went to school with who would beg after school in front of the church. There was corporal punishment in schools there, too.

“We were about to move back to Norway when we got visas to come to Australia.

“We were quite disappointed, my sister and I. We were happy to be going home and now we were going to a different place to live.’’

Settling in Aldgate in the Adelaide Hills, Helene says she initially struggled to fit in.

“Even though I looked as Aussie as everyone else, I didn’t sound Aussie! One of the things I struggled with was that everyone always wanted me to say something in Norwegian.

“I found that really quite hard to deal with at first. Even just getting them to pronounce my name. In the end I’d try and tell them, `just say Helen!’’’

Living in three countries by the time she was 10 taught Helene how to view her own values and beliefs in the context of other cultures.

When she returned to Norway years later to work at a rehabilitation services for young people with extreme challenging behaviours (such as drug and alcohol use, and offending) Helene says she saw herself in a new light.

“It was good to go home but I learnt that my work ethic and values were more in line with Australia than Norway.

“My people brought me back to Adelaide. They make it home for me.’’

* Helene’s role is being featured in recognition of Harmony Day, a national celebration of Australia’s cultural diversity. At Centacare, we strive to be inclusive, respectful and to grow a sense of acceptance and belonging for everyone. Our policies reflect this.